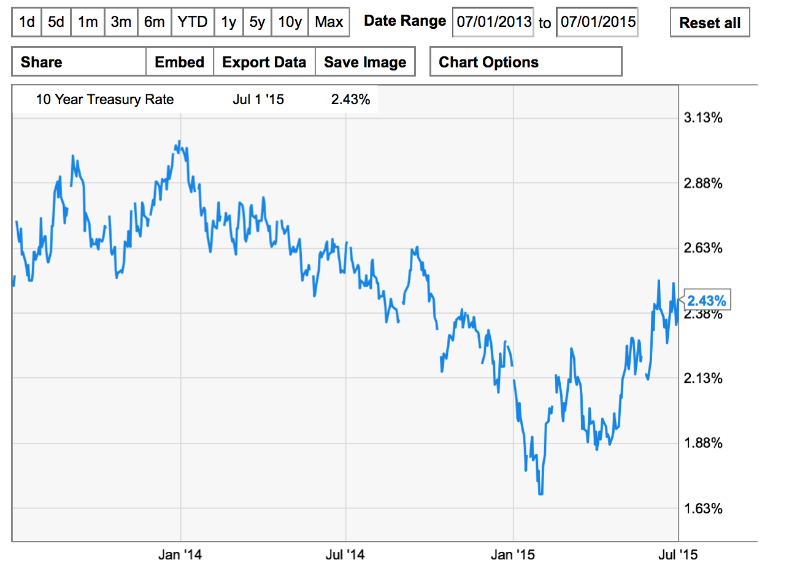 Since the last newsletter Treasuries have increased as well as spreads. FNMA/Freddie Mac spreads are high due to the GSE spread set by these agencies, which is a result of busting through production targets set forth for these agencies.

CMBS and GNMA spreads have recently increased due to volatile Treasury market, primarily brought on by the 180-degree reversal of bond purchases in Europe, the fiscal condition of Greece and concerns about the Fed increasing short term rates very soon.

Overall financing levels are still attractive for commercial real estate, with rate ranging generally from 4% for low leveraged deals, class A assets, up to approximately 5% for maximum leverage.

Here is a snapshot of rates across the financing spectrum, generally quoted for 10-year money (except HUD), which is 35 years:
FNMA-Freddie Mac:  230 to 240 basis points over 10 Year Treasury, 80% leverage.  This is a substantial increase not brought on by investors, but internally via budget thresholds.

Overall financing levels are still attractive for commercial real estate, with rates ranging generally from 4% for leveraged deals, class A, up to approximately 5% for max leverage.

Since the secondary market drives all pricing except for insurance money, it is important to note the dynamics of spread activity.  If rates have been going up, spreads are generally widening due to the fear of further rate increases.

Until the rates stabilize, spreads generally do not constrict.

See the illustration below, which illustrates the 10 year for the last 24 months.

No comments to show.
Get A Quote Today!